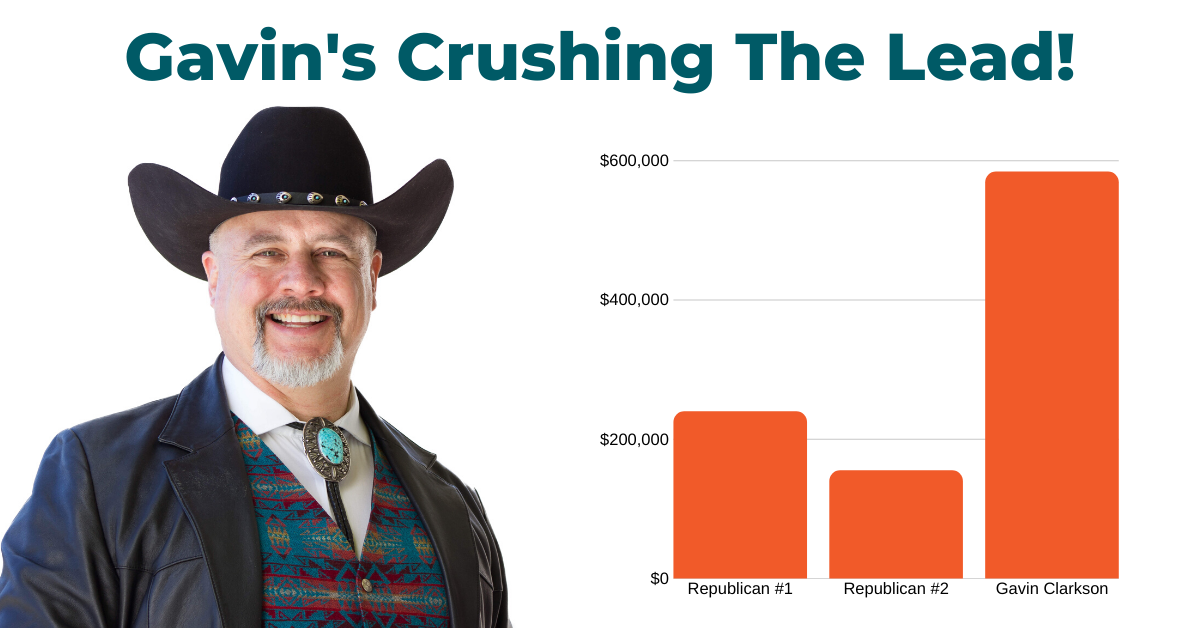 Money isn’t everything in life, but in politics, early money is critically important because it’s the metric the media uses to determine viability and news coverage.

And thanks to supporters like you, Gavin is the frontrunner in the race to partner with President Trump as the Republican nominee for New Mexico’s open U.S. Senate seat!

For a grassroots candidate who’s never served in an elected office before, meeting our goals means we’ll have the resources to get Gavin’s message of Energy to Empower New Mexico to the Trump voters who will decide the GOP primary.

They said the same thing when Gavin announced because he wasn’t a career politician or a DC insider, but a conservative Christian college professor who proudly taught capitalism in the classroom, was hired by President Trump, and fired by the radical socialists running New Mexico State.

We still have a long way to go, but we’re winning because conservative voters know exactly what Gavin will do in the U.S. Senate: